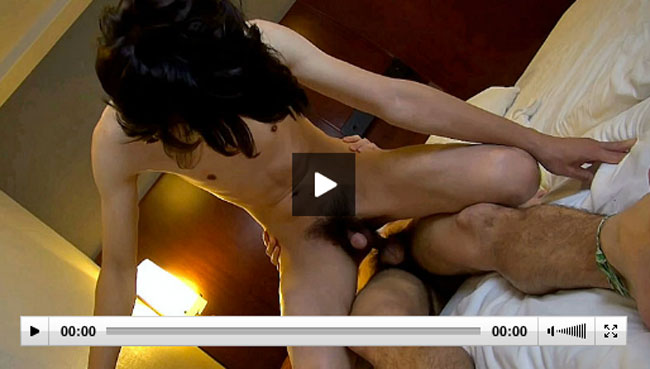 One of the things that is really cool about Japan Boyz is that you won’t get the annoying mosaic block outs you often get in Japanese porn DVDs because of the reigning censorship in the country. Japan Boyz’ videos, pictures and movies are 100% censor-free which truly in refreshing and eye-popping! Among the many features offered by the site is that it offers full access to streaming, downloads and hot photo galleries that you can get straight to your smart phone, on your tablet, on your computer or by watching your connected TV. I also like the fact that the site is clear, straight-forward and sleak in its appearance. No crazy, cliché Asian symbols, just clear, easy ways to access the best videos, best pictures and hotest Japanese models you could imagine.

If you like innocent-looking, angel-faced guys like Ice Pt, Fuji or Kairi, you will have plenty to jerk-off to. If you are more into the edgy, tough-looking bum types, you will want to see guys like Leo, Jun and Tatsushi who would look really happy to ram their hard rock cocks into your mouth or ass. If you like the intellectual type, you will want to check out what Kaoru, Yuya and Yuu have to offer behind those glasses. If you are into long-hair, you will love guys like Hiroto, Keite and Takuro who look like they could be in a kinky punk band, making crazy-ass music and fucking their brains out surrounded by electric guitars and drums. You like surfer dudes? They have those in Japan, too. You’ll have to check out hot delicious beach bums like Gota Yamaguchi, Koichi and Leo Ota. And although Asian guys are not generally known for their huge cocks, you’ll probably want to see what Hisoka Botan, Kenny Yama and Seiya are packing in those briefs of theirs.

You might also like guys in suits, right? Or how quickly they can get out of them? Anyhow, you’ll want to get a peek at Atsushi Tanaka, Hiroyuki and Makoto who will probably give you a peak in your underwear! You’ll also find a few hot effeminate bottoms that will make you want to care for them softly while fucking them with passion. Maybe you are more into chunky guys? You will find a few of those, too, and will be happy you did! As you can see, Japan Boyz offers a wide array of hot Japanese guys that you will want to share everything with… including a few of your own loads.

If like me, you are particularly into oral sex, you will absolutely adore Japan Boyz. Hours and hours of amazingly tasty-looking blow jobs with hardening cocks slipping in and out of beautiful, pouty little mouths, tongues swirling around throbbing knobs and bulging, semen-filled balls… Mmmm… that is only some of the great stuff you will have 100% unlimited access too when you join the Japan Boyz community of websites. What are you waiting for? It is so easy to join. Get the lube out. Your cock is about to get a great workout.

Find out the other

SCAN THIS QR CODE WITH YOUR PHONE